Accessories and Hardware, Before & After, Blog, Cushions, Installations, Upholstery

What’s the Difference Between a Cushion and a Pillow

Even though the words cushion and pillow seem exchangeable, they aren’t. This designer has impeccable taste, with a strong contemporary edge in design. We were excited to work on her project in a hotel lobby, but one part of the project went askew in communication.

We were initially asked to make a 68″ long, 6″ tall and 3″ deep cushion. This is a strange size for a cushion, but since the designers had a reputation for avant garde design, we went with their specifications and created an oblong box cushion. As you might guess, we were perplexed when they sent it back and asked it to be made “softer”. We were asked to replace the foam insert with fiber. Filling a cushion cover with loose fiber filling looked strange, but we went with it and waited to hear what they thought. It was after our second attempt that we discovered our problem originated in incorrect terminology! They had meant to ask for a long toss pillow, instead of a cushion. Cushions are more geometrically cube-like in shape, with 6 sides and distinct edges. Pillows are two sided, softer in form, and are filled with loose fiber instead of structured foam inserts.  You can imagine how the miscommunication made this job difficult; but once we understood what they meant, we could create exactly what they wanted.

The moral of this story is to always include sketches in your project. After all, a picture speaks a thousand words.

340 Main St, Gaithersburg, MD 20878
We are in the Kentlands Market Square, located in the strip of shops between Michaels and Whole Foods. Walk-ins are welcome! Come stop by during our business hours. 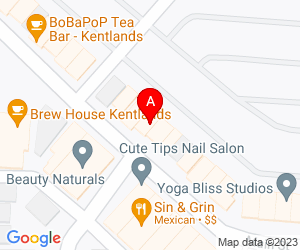 We proudly service the following areas: